Way back in November my favourite lecturer in Mannheim told me about a voyage d’études to Paris at the start of May. Despite my love of all things French and abundance of notepads and sticky notes emblazoned with the Eiffel Tower, at the time my only experience of Paris was a trip to Disneyland when I was five. A voyage d’études is pretty much a school trip and the aim of this one was to teach us all about Paris’s history and politics whilst exploring the city itself, so I signed up immediately. 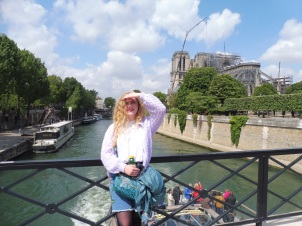 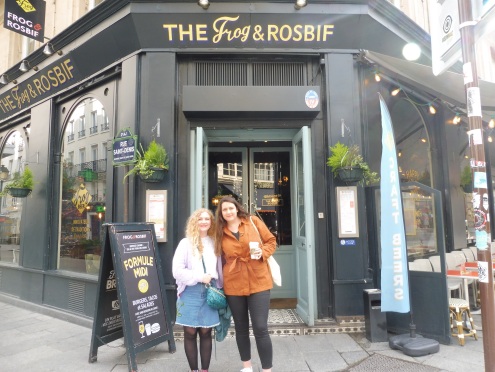 May rolled around so quickly and the first week back after the Easter holidays, we found ourselves in Paris. We stayed in a cute little hotel in second arrondissement where I shared a room with my friends Lizzie and Maryann. Its wallpaper was more floral than my wardrobe and our window overlooked a dainty Parisian street; it was perfect.

We arrived on the first of May and had the full Parisian protest experience, mingling with gilets jaunes and riot police alike. There were protests taking place all over the city, with chanting crowds and police officers on every street corner. 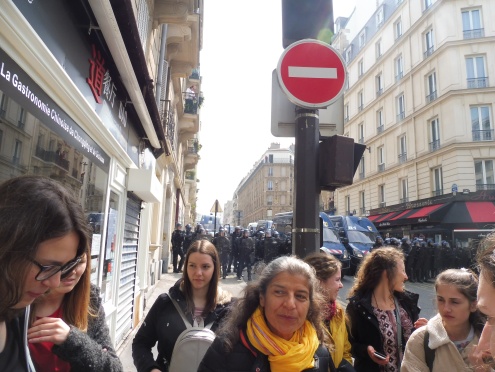 I’d never been to a protest before, so it was a completely new experience and seeing gilets jaunes in the flesh after a year of translating texts about them was so exciting, I felt like I’d stepped into an article of Le Monde. We spoke to quite a few of the protestors; they were really friendly and really hated Macron. 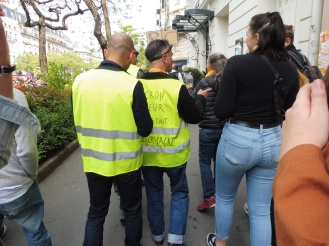 It was such an action-packed afternoon. We made friends with two lovely anarchists who had come all the way from Bordeaux, saw Sky News reporting, and were mildly hit with second-hand tear gas.

The day ended on a calmer note at Montmartre, where I’d wanted to go since watching Amélie every week for a year when I studied it for A-Level. We saw the Sacre Coeur church and sat on the steps for a while, listening to musicians playing very un-French songs like Wonderwall. Although the crowd of tourists was slightly overwhelming, I really liked the church and the view of Paris. 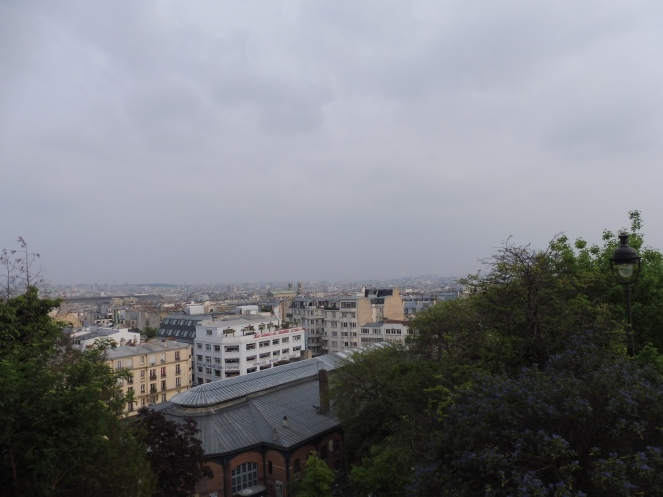 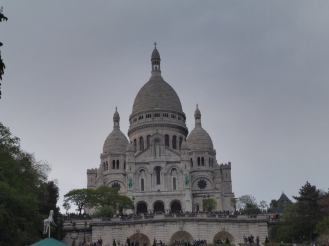 We had dinner in one of Montmartre’s cosy Italians and then walked all the way through Paris back to the hotel. It was lovely to see the city at night and we stopped off to get ice cream at Amorino, which miraculously had vegan chocolate ice cream. 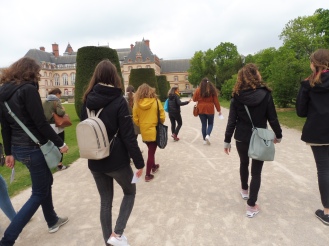 It started raining so we went to the Musée D’Orsay, one of the city’s most famous museums. There were lots and lots of white sculptures, Van Gogh paintings, and a large clock in the entrance which I really liked. 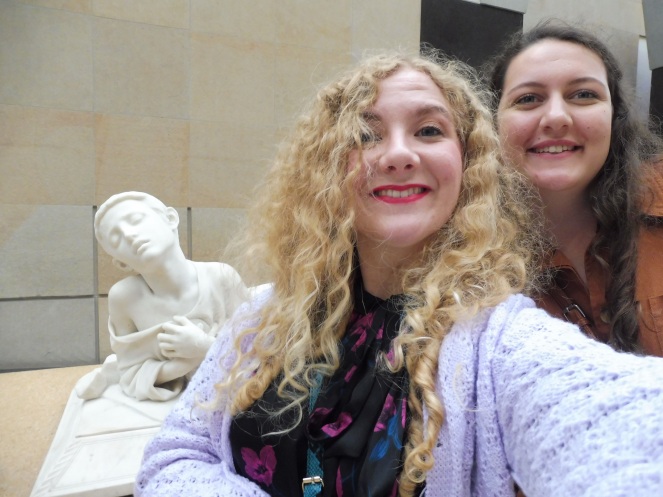 When the school trip was over for the day and we were left to our own devices in Paris, I dragged Maryann and Lizzie along on my hunt for a vegan restaurant (no easy task in the capital of a country famous for its cheese and charcuterie). After finding one vaguely nearby on Google Maps we walked 15 minutes down narrow streets until we found “Vegan Folie’s” (an adorable name that doesn’t seem to make much sense in either English or French). 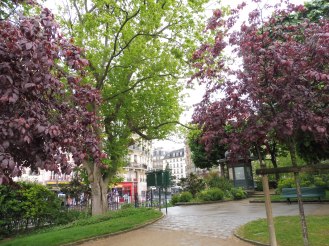 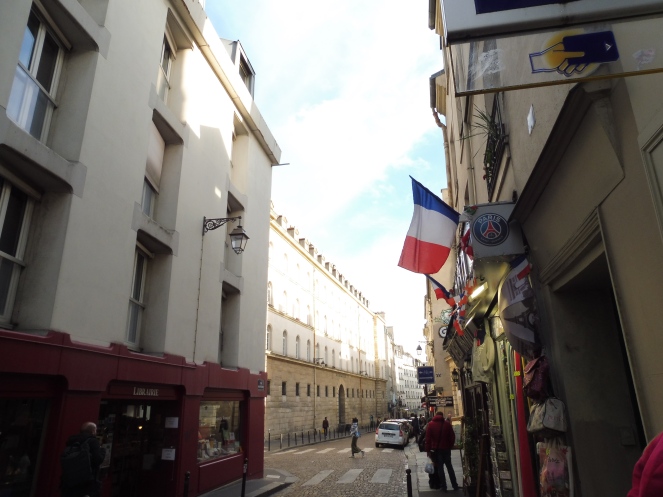 It was a chaotic but charming place. The hot drinks were being made with a kettle behind the counter, the seats were arranged so we weren’t facing each other but rather looking at a cash machine opposite the restaurant, and it was less than an hour before closing time so the pickings were slim. But I was so hungry after walking 25 000 steps around Paris fuelled only by the three Oreos I’d eaten for breakfast that I didn’t care. I had a quiche and a carrot cake, it was quite pricey but the portions were generous and it tasted really good, especially the cake.

We started our third day with a trip to the Panthéon which was my favourite building in Paris. Originally a church, it now serves as a mausoleum for important French citizens such as Victor Hugo and Marie Curie. It’s so impressive from the outside and gives a lovely view of the city, including the Eiffel Tower. 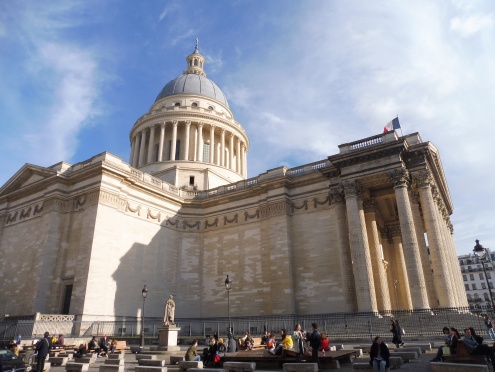 Entry is free for students, so we also got to see the inside, which is equally beautiful, with marble statues, paintings, and an amazing ceiling. There’s also an underground crypt and a large Foucault pendulum which somehow shows the earth’s rotation; it was all very Lost-esque. 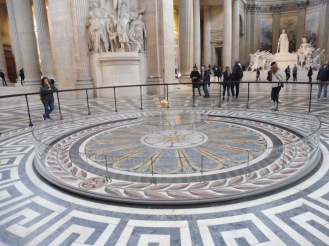 It’s situated in the Latin Quarter which was my favourite part of the city. It was so pretty and didn’t feel quite as busy as other parts of Paris. It’s also home to the Jardin de Luxembourg, a beautiful park which we loved.

We then walked through the Marais, a hip quarter of Paris where the streets are lined with cool boutiques and falafel shops. We got falafel wraps from a place called Falafel King Palace and ate them in the sunshine in a quiet park just around the corner. They were honestly some of the best falafels I’ve ever eaten, and definitely some of the best food I’ve been able to eat in France. 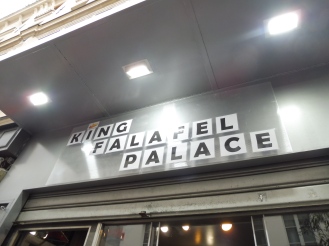 The final big stop on our Paris trip was the Louvre. I’ve never experienced such a crowded museum, it absolutely packed with people. The only thing we really wanted to see was the Mona Lisa but the crowd of tourists in front of her was so big that we barely got a glimpse. She’s also tiny and behind glass so you’re definitely better off just looking at her on Google images. 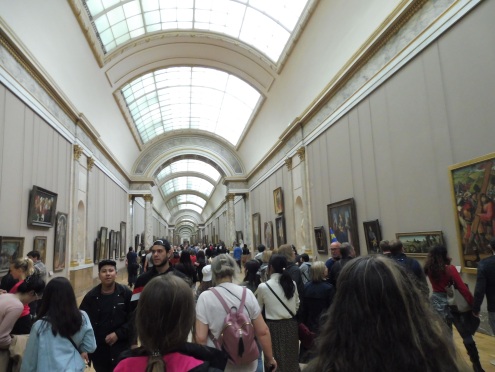 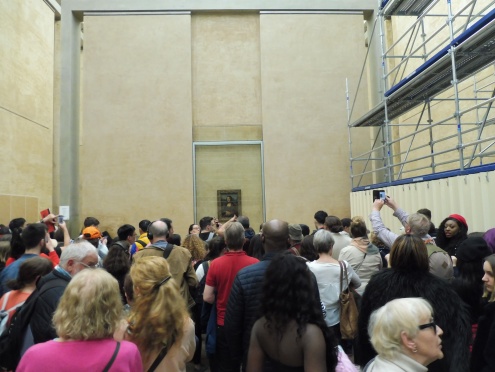 I preferred the Liberty Leading the People painting, and even managed to get a photo of my Maryann in front of the Marianne. Trop mignon.

By the end of our voyage d’études I felt like I’d squeezed the whole of Paris into half a week. By pounding the pavements of the famous streets each day and seeing all the important monuments, it felt like we’d explored every inch of the city. I loved every second; all the other students in the group were lovely and our teacher Caroline Mary-Franssen was amazing. Merci beaucoup pour ce merveilleux voyage, Paris était vraiment une bonne idée! 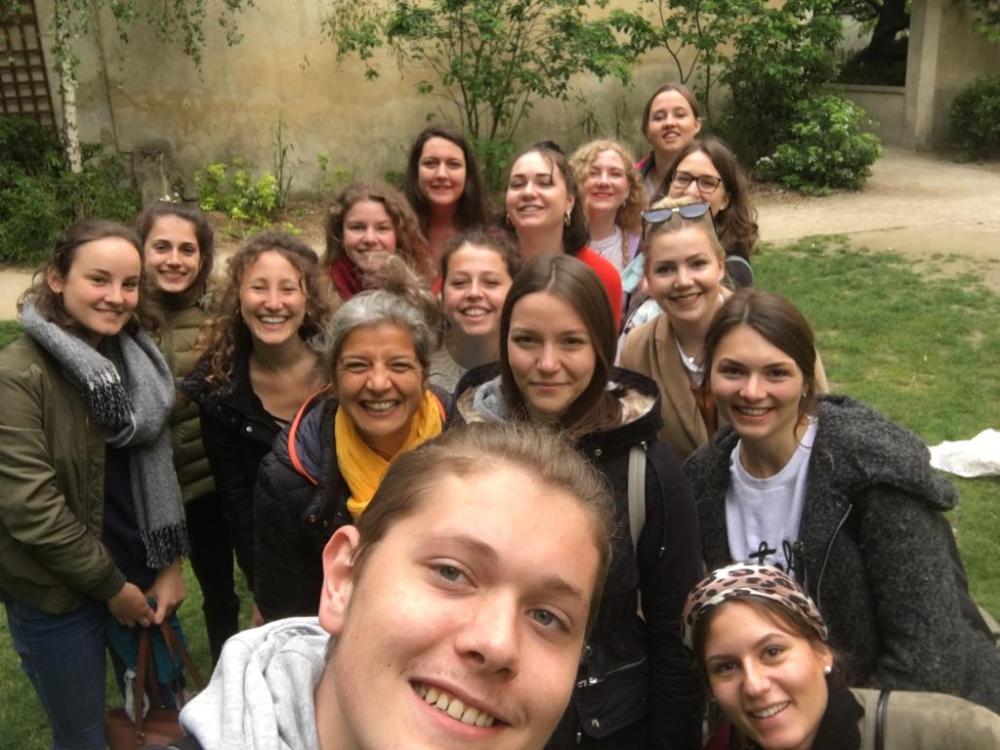